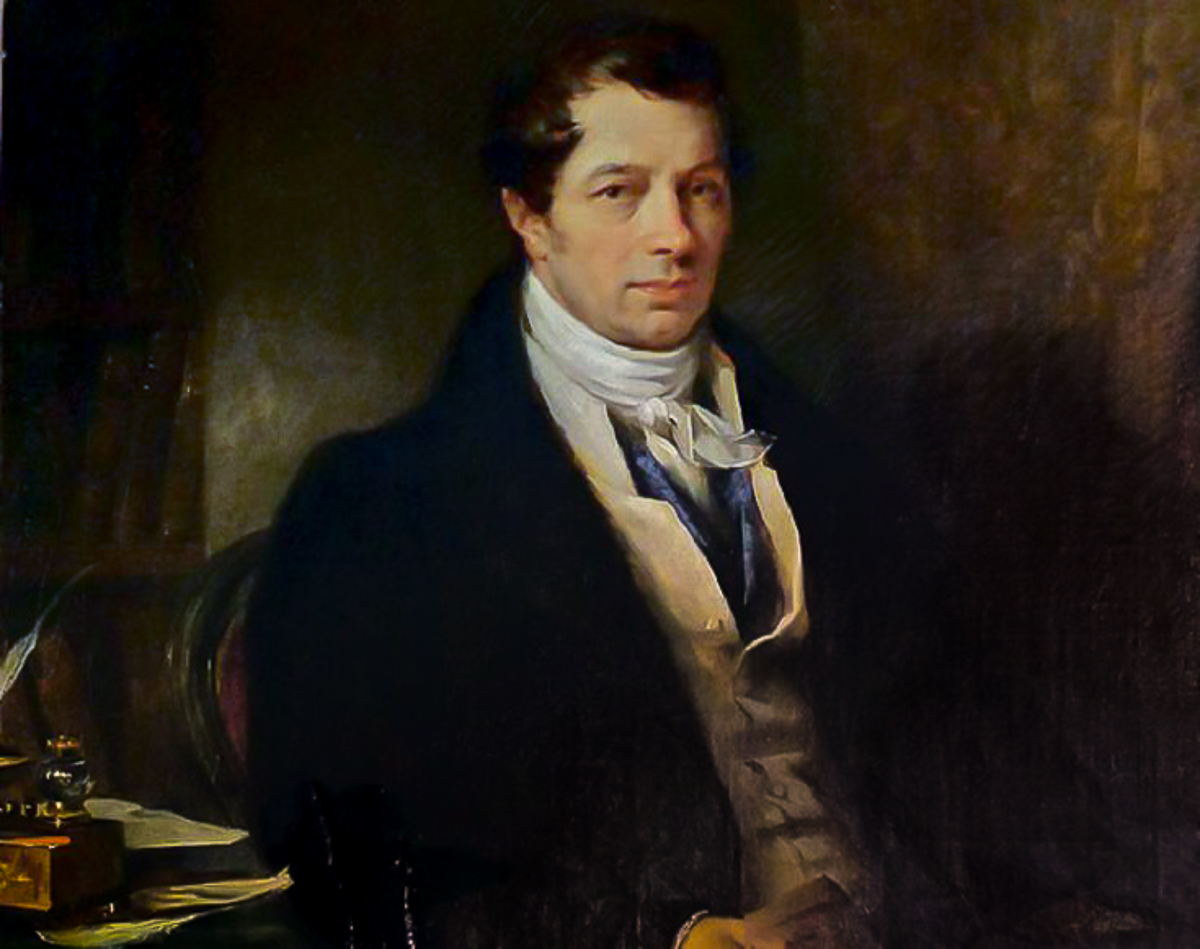 Say’s Law of Markets is the principle (posthumously named after Say) that supply constitutes demand. In Jean-Baptiste Say‘s words, “products are always bought ultimately with products”:

Should any one maintain, that the advantage of producing at home counterbalances the hardship of paying dearer for almost every article; that our own capital and labour are engaged in the production, and the profits pocketed by our own fellow-citizens; my answer is, that the foreign commodities we might import are not to be had gratis: that we must purchase them with values of home production, which would have given equal employment to our industry and capital; for we must never lose sight of this maxim, that products are always bought ultimately with products. It is most for our advantage to employ our productive powers, not in those branches in which foreigners excel us, but in those which we excel in ourselves; and with the product to purchase of others. The opposite course would be just as absurd, as if a man should wish to make his own coats and shoes. What would the world say, if, at the door of every house an import duty were laid upon coats and shoes, for the laudable purpose of compelling the inmates to make them for themselves? Would not people say with justice, Let us follow each his own pursuits, and buy what we want with what we produce, or, which comes to the same thing, with what we get for our products. The system would be precisely the same, only carried to a ridiculous extreme. [1]

That is, one demands (pay for) other products with the supply (one has produced). It recognizes the fact that production (the supply-side) precedes consumption (the demand-side). If no one produced anything, there would be nothing to consume. One’s supply is one’s demand.

Elaborates Say on this principle in his Traité d’économie politique:

“It is worthwhile to remark, that a product is no sooner created, than it, from that instant, affords a market for other products to the full extent of its own value. When the producer has put the finishing hand to his product, he is most anxious to sell it immediately, lest its value should diminish in his hands. Nor is he less anxious to dispose of the money he may get for it; for the value of money is also perishable. But the only way of getting rid of money is in the purchase of some product or other. Thus, the mere circumstance of the creation of one product immediately opens a vent for other products.” [2]

This extra, indirect step of using money as a medium of exchange, does not change the principle: one purchases the products one wants from others (demand) with what one has first produced (supply). Comments Say on the use of money:

“Money performs but a momentary function in this double exchange; and when the transaction is finally closed, it will always be found, that one kind of commodity has been exchanged for another.” [3]

Say’s Law does not say that supply always “creates its own demand,” as Keynes inaccurately formulated it in his straw man argument to knock Say’s Law down in order to push his “aggregate demand-side” theories.

Say’s Law does not say that if one produces something, one will always be able to sell it, or if one sells it, one does not sell it at a loss.

According to Say, such “a glut can take place only when there are too many means of production applied to one kind of product and not enough to another.” [5] One can produce a good that no one wishes to buy, so clearly simply supplying something is no guarantee that someone else will demand it.

← What is the "Trickle Down Economics" Smear?