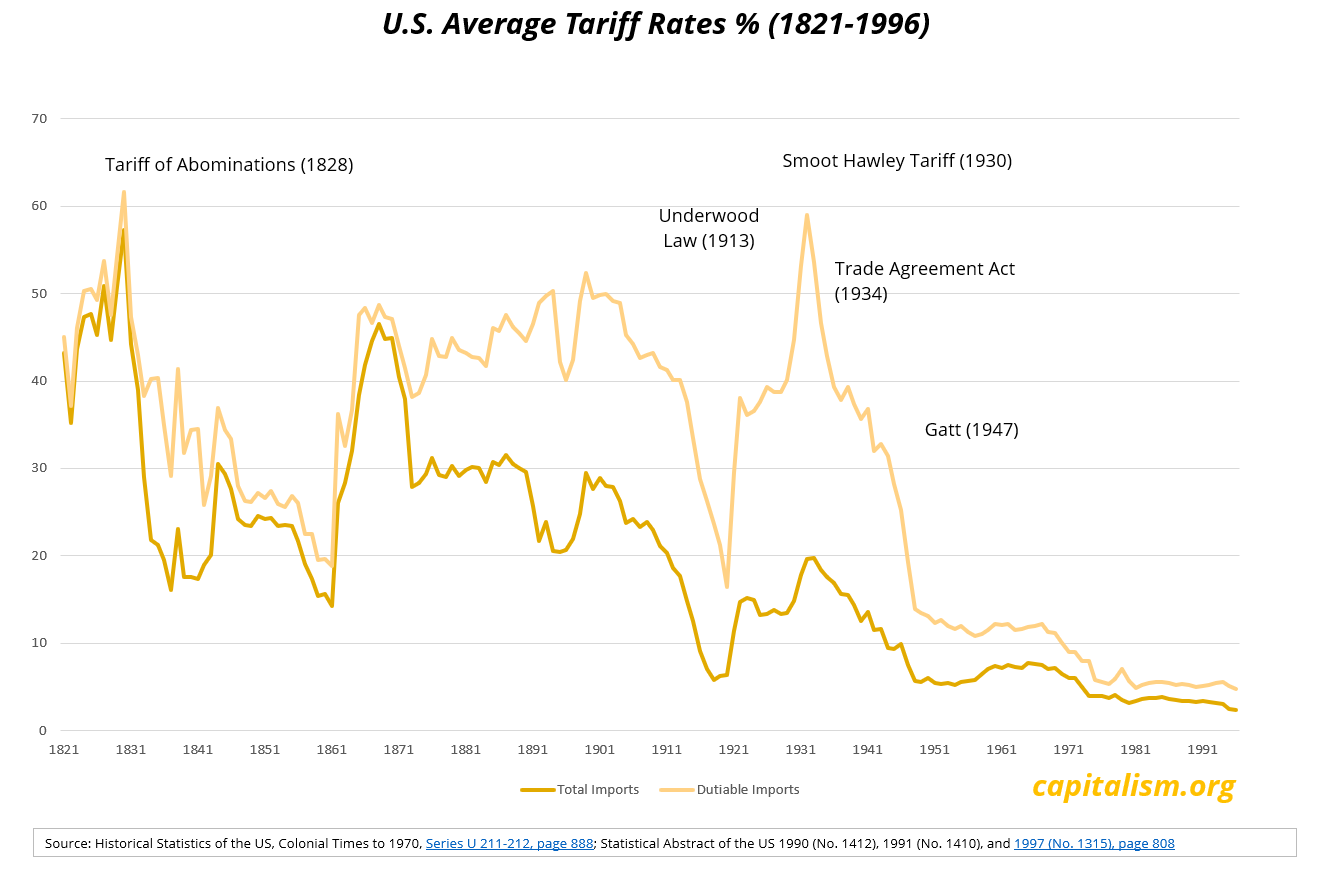 The Tariff Act of 1930 (know as the Smoot–Hawley Tariff ) was “protectionist” trade legislation signed into law by U.S. President Herbert Hoover on 17 June 1930, that placed duties (taxes) on over 20,000 imported goods.

Its political intent was to preserve American jobs, particularly in the farming sector, by discouraging imports.

Quoting the US Department of State on the origin of the Act:

“During the 1928 election campaign, Republican presidential candidate Herbert Hoover pledged to help the beleaguered farmer by, among other things, raising tariff levels on agricultural products. But once the tariff schedule revision process got started, it proved impossible to stop. Calls for increased protection flooded in from industrial sector special interest groups, and soon a bill meant to provide relief for farmers became a means to raise tariffs in all sectors of the economy.  When the dust had settled, Congress had agreed to tariff levels that exceeded the already high rates established by the 1922 Fordney-McCumber Act and represented among the [2nd] most protectionist tariffs in U.S. history. Smoot-Hawley did nothing to foster trust and cooperation among nations in either the political or economic realm during a perilous era in international relations.”

What was the economic end-result of the Smoot-Hawley Tariff Act?

With the reduction of American exports also came the destruction of American jobs, as unemployment levels which were 6.3% (June 1930) jumped to 11.6% a few months later (November 1930). As farmers were unable to pay back their loans to banks, their loan defaults led to increasing bank crashes, particularly in the West and Mid-West.