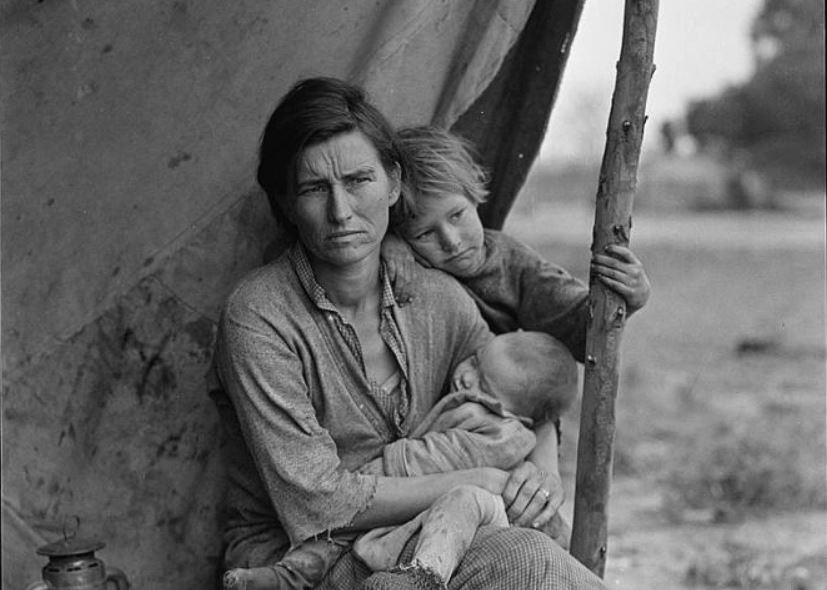 The Great Depression was a prolonged depression from the 1930s until the early 1940s, with unemployment levels of up to 25%, with an above-average number of bank and business failures.

One of the causes of the crash was the Federal Reserve’s monetary inflation policies (increasing the money supply leading to a decrease in interest rates for loans) during the roaring 1920s that resulted in a speculative boom. This boom ended in a bust once the FED raised its discount rate from 3.5% in January of 1928 to 6% in August 1929 to shrink the money supply.

Anti-capitalist economists and historians claim the Stock Market Crash of 1929 (29 October 1929) was the trigger of the Great Depression of the 1930s.

Yet, during the period surrounding the stock market crash of 1929, unemployment peaked at 9 percent and then drifted downwards until it reached 6.3% in June 1930. There was only a relatively mild recession in terms of unemployment for the first six months after the crash, as in previous market crashes?

What turned this particular recession into a lengthy depression, where the Dow would not regain its pre-crash highs until a quarter of a century later?

Observe that in the 1920 and 1987 Stock Market crashes, there was no Great Depression, but minor recessions, because there was no Great Intervention. The Recession of 1929/1930 became prolonged by the government’s “great intervention” that prevented the market from restoring normalcy.

Far from putting an end to the Great Depression, in the U.S., the depression became worse thanks to the combined efforts of Herbert Hoover and  Franklin Delano Roosevelt (elected 1932) and their interventionist policies into the economy, i.e., FDR’s New Deal. 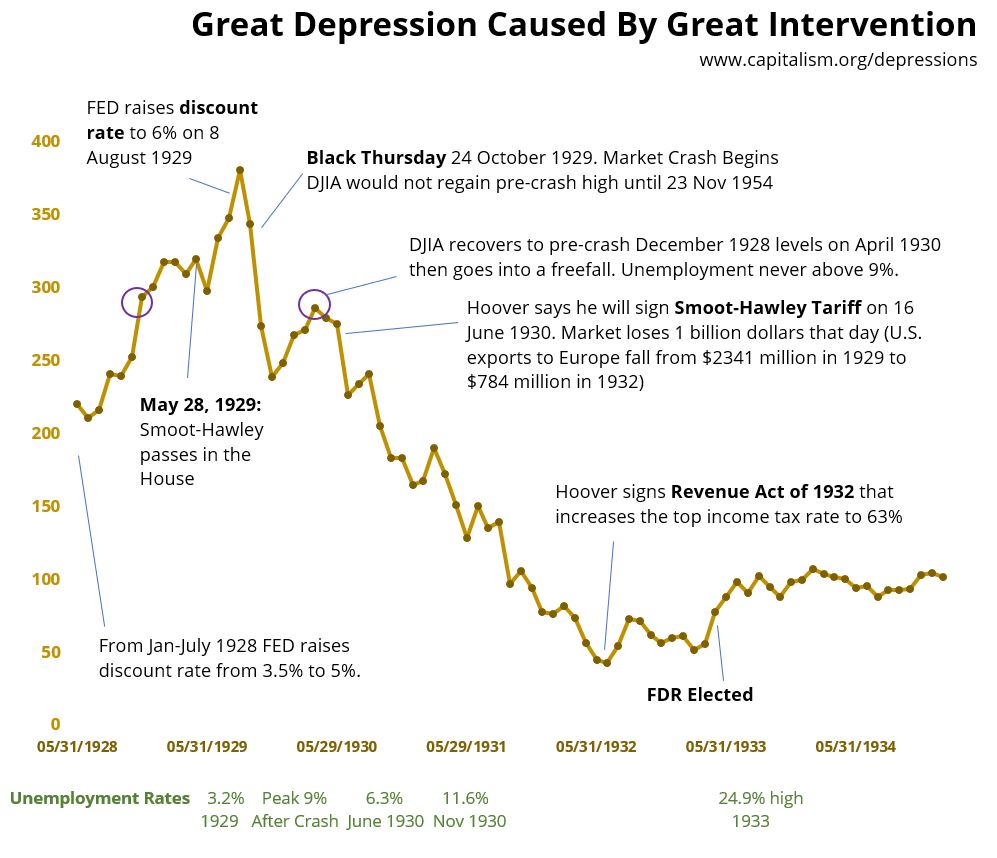 The Smooth Hawley Tariff Act on imported goods, signed into law by Herbert Hoover (an opponent in practice of “Laissez-faire”) reduced international trade, causing a drastic reduction in revenues from U.S. exports (because of exports are paid for with imports) along with retaliatory tariffs.

The New Deal was an attempt by Franklin Delano Roosevelt to use the crisis surrounding the recession following the Stock Market Crash of 1929 as an excuse to intervene in the economy.

Roosevelt also made thousands of executive orders, which created further uncertainty and disruption of the economy. Uncertainty led to people to hold onto their money (“hoarding”) as opposed to investing it as they were waiting to see what the government would do next.

Did World War II end the Great Depression and help the economy? What World War II did end were many of the regulations that crippled the economy. Wars, though sometimes necessary, are negative on an economy as capital that allocated to productive uses is used for funding a war (destruction).