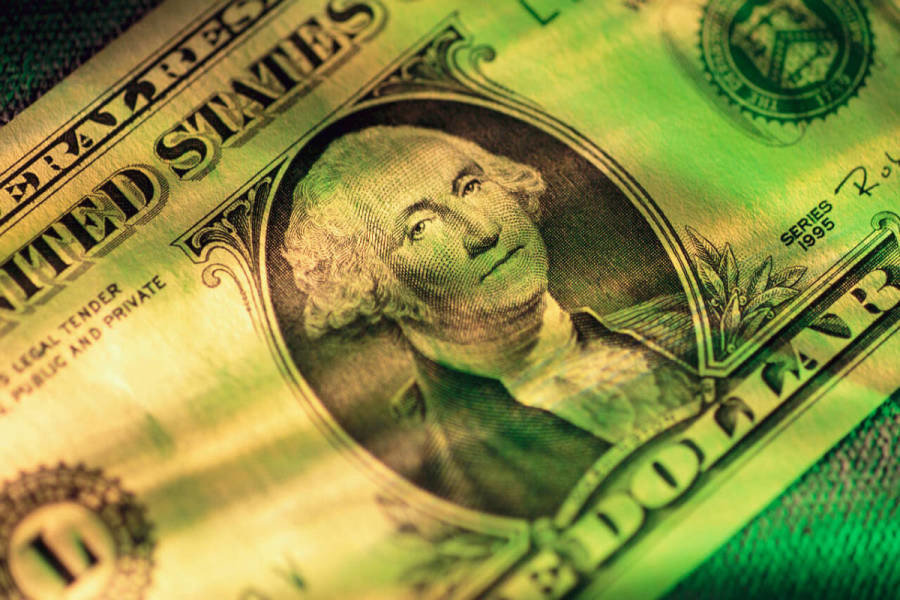 Inflation is the general increase in prices caused by a government currency monopoly increasing (inflating) the money supply with fiat 'money' (money not backed by actual physical wealth).

Monetary inflation is the general increase in prices caused by a government currency monopoly increasing (inflating) the money supply with fiat ‘money’ (money not backed by actual physical wealth). In essence, inflation is legalized counterfeiting by the government central bank. Traditionally, this was done by printing paper notes, today the process is more sophisticated and done electronically by creating a credit entry into a computer, though the principle is the same.

Here is a simplified version of how one aspect of monetary inflation works.

Let us suppose a loaf of bread cost $10 on Monday. You contract with a man to do a week’s work for a salary of $100, which you plan to use to buy ten loaves of bread.

Unfortunately, while you were working, the government injected more money into the system so that it doubled the amount of money in circulation so that when you were received $100 on Friday, the price of the loaf of bread rose to $20.

This doubling in the price of bread was caused by the doubling of the supply of money. Since your salary did not double in nominal terms as the money supply doubled, you were paid in real terms only half of what you contracted for.

Thus, in terms of bread, you were only paid half as much, i.e., you could only buy half as much bread on Friday with your income as you could have on Monday.

Where did the five loaves go? They went to the government. This is illustrated in Table 2.

Today, most central banks do not print paper money but create ‘money substitutes’ via the Federal Reserve by extending credit (book-keeping entries that are “promises to pay”) “out of thin air” by buying various assets (such as government bonds).

It started with goldsmiths. As early bankers, they initially provided safekeeping services, making a profit from vault storage fees for gold and coins deposited with them. People would redeem their “deposit receipts” whenever they needed gold or coins to purchase something, and physically take the gold or coins to the seller who, in turn, would deposit them for safekeeping, often with the same banker. Everyone soon found that it was a lot easier simply to use the deposit receipts directly as a means of payment. These receipts, which became known as notes, were acceptable as money since whoever held them could go to the banker and exchange them for metallic money.

Then, bankers discovered that they could make loans merely by giving their promises to pay, or bank notes, to borrowers. In this way, banks began to create money [paper bills not backed by wealth]. More notes could be issued than the gold and coin on hand because only a portion of the notes outstanding would be presented for payment at any one time. Enough metallic money had to be kept on hand, of course, to redeem whatever volume of notes was presented for payment [else there would be a bank run and bust.]

Transaction deposits are the modern counterpart of bank notes. It was a small step from printing notes to making book entries crediting deposits of borrowers, which the borrowers, in turn, could “spend” by writing checks, thereby “printing” their own money.

Even though no actual money is being printed, only a bookkeeping entry for credit, this “money substitute” in principle operates in the same way as paper money as eventually that credit must be repaid.

Under Capitalism, the prices of a particular good/service can fluctuate over time, but the general price level of all goods remains relatively stable over time due to capitalism’s limitless progress. For example, under a relatively constant money supply, if the price of a good (say the price of oil) increases and the quantity demanded for it stays the same, there must be a corresponding decrease in the price of other good(s), as money is shifted from their purchase to pay for the increased price of oil. Thus the average of all prices for the economy as a whole (the general or aggregate price level) remains the same (ceteris paribus).

As the economist, Ludwig Von Mises observed, inflation is like an invisible tax that redistributes the wealth of those who had to produce values to obtain their money to those who first receive and spend the newly created government money for producing nothing.

The solution to the expansion of the money supply by the government (an effect of which is a rise in the general level of prices) — inflation — is to end government’s monopoly on money by establishing free-banking. In the interim, one possible option might be a gold standard, since unlike paper dollars, gold cannot be counterfeited, by private or public agencies.

Under a capitalist system, there would be no legal tender laws to force citizens to use a particular form of currency; rather each citizen would have the freedom to choose what asset they would wish to use as a medium of exchange (money) — most likely this choice would be gold.

Quoting Richard Salsman, in Breaking the Banks: Central Banking Problems and Free Banking Solutions, on the need for the separation of money and state:

Central banking has failed to improve upon what Nobel economist Friedrich Hayek called “the spontaneous social order” of free banking, a failure that can be seen as a special case of the general failure of central economic planning. More precisely, it is the difference between private planning based on economic profit and bureaucratic planning based on political expediency. The money and banking system is too important to our freedom and our economic prosperity to be left to political manipulation. The system should be placed on an objective foundation of free-market principles and removed from the subjective quicksand of political manipulation. It should be governed by the rule of law and contract, not by the arbitrary rule of men. We know this has been the most useful approach in every other branch of industry. It is time to discover it in money and banking. Free banking offers an exciting, innovative, and prudent alternative to the central banking system that has destroyed sound money and sound banking.