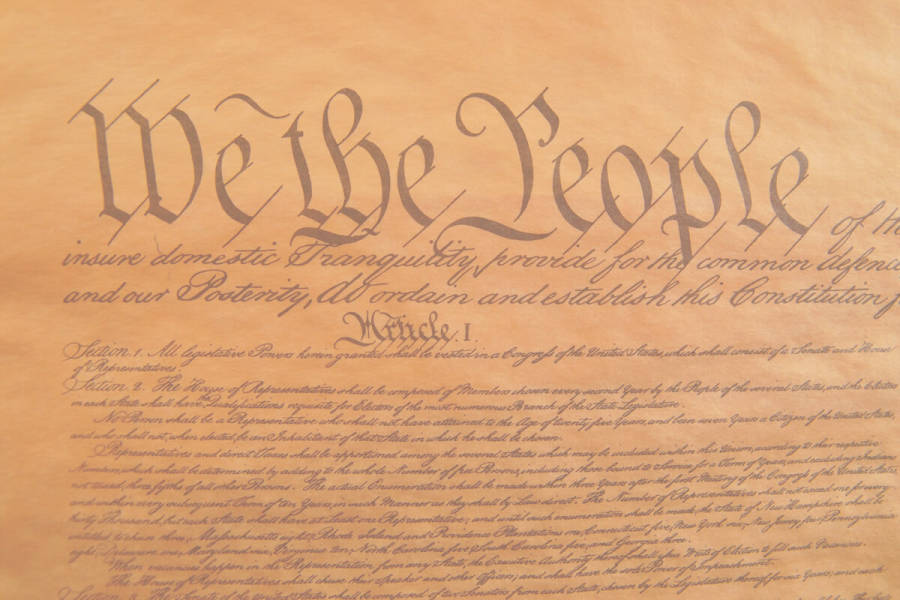 What is the legal system of capitalism?

Legally, capitalism operates by a rule of objective law which in practice means a constitutional republic with a government limited to the protection of individual rights.

The legal-political structure of capitalism is not a pure democracy (“dictatorship of the majority”), but a constitutional republic. (“Democracy” does have value in the limited sense of “universal suffrage” where the majority selects the political representatives to run the government.)

Political power is the power to legally use force, i.e., the police power to kill. Given the inherent dangers such power poses, the use of such power is expressly limited to enumerated powers and regulated according to a rule of law (constitution).

Under capitalism, the powers of government are limited to those necessary to the protection of individual rights and are separated by federalist principles into opposing branches (executive, judicial, and legislative) as delimited by a constitution. The purpose of such constitutional “checks and balances” and “division of powers” is to prevent the majority (“Demos”) in power (“Kratos”) that runs the government from violating the rights of any minority (the greatest minority being the individual).

The legal system of capitalism is one of clear, unambiguous, objectively defined laws (means) based on the principle of individual rights (ends). Under a capitalist legal system, one is free to act so long as one does not violate the rights of others. Such a society is a contractual as opposed to a regulatory society. Under capitalism, it is the powers of the government that are regulated so that the inalienable rights of the individual are protected.

This stands in opposition to a “rule of man,” regulatory society where the state determines the use of property and routinely violates the freedom to contract. When such freedom under law is applied to the sphere of production and trade, its economic result is a free market.